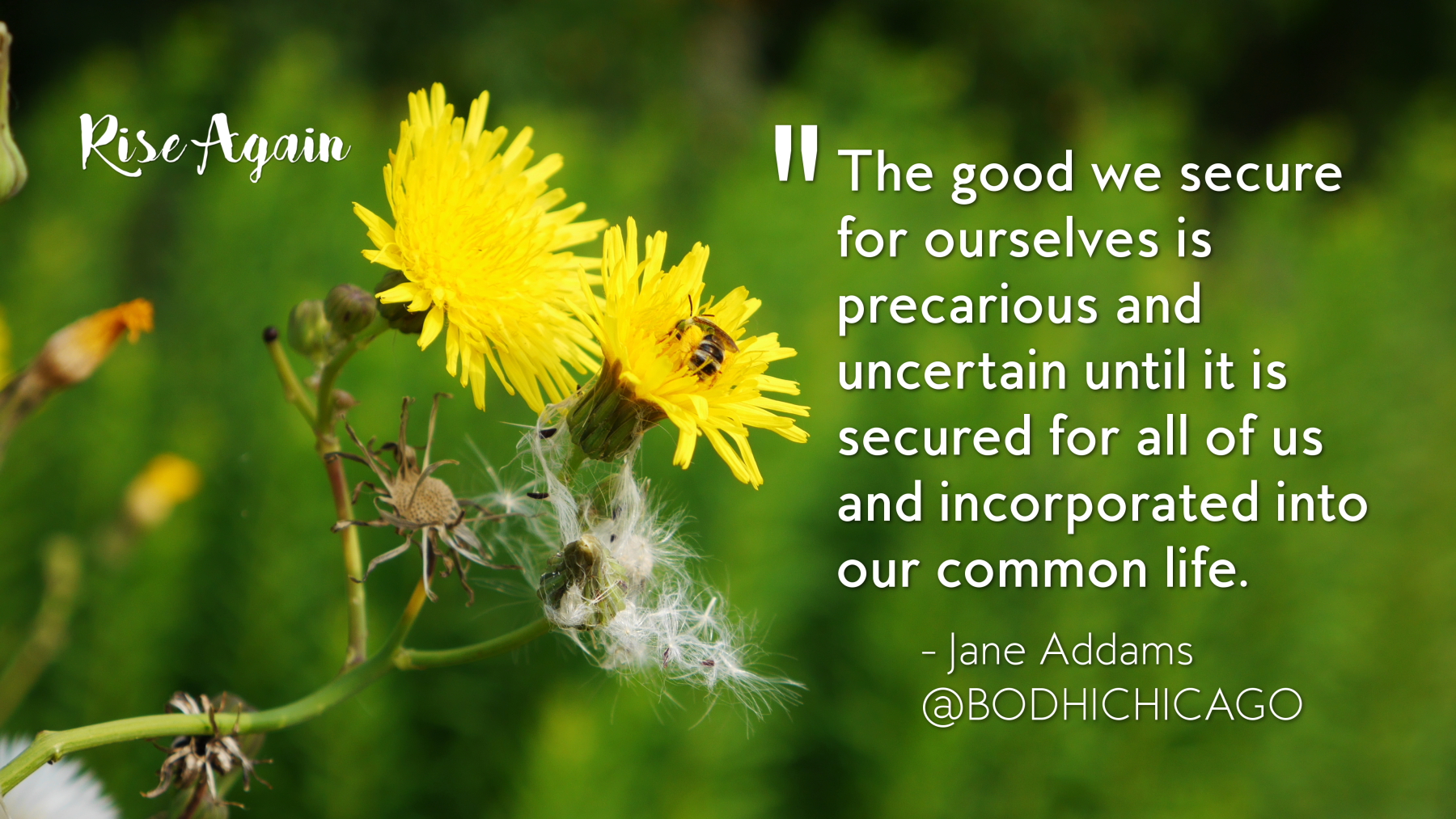 As we kick off March’s theme, “Rise Again,” this week’s #WednesdayWisdom quote comes from Jane Addams, one of the most prominent reformers of the Progressive Era and co-founder of the first Hull House. In 1931, she became the first American woman to be awarded the Nobel Peace Prize and is recognized as the founder of the social work profession in the United States.