“Breaking Through the Tomb of Human Limitations” by Lola Wright 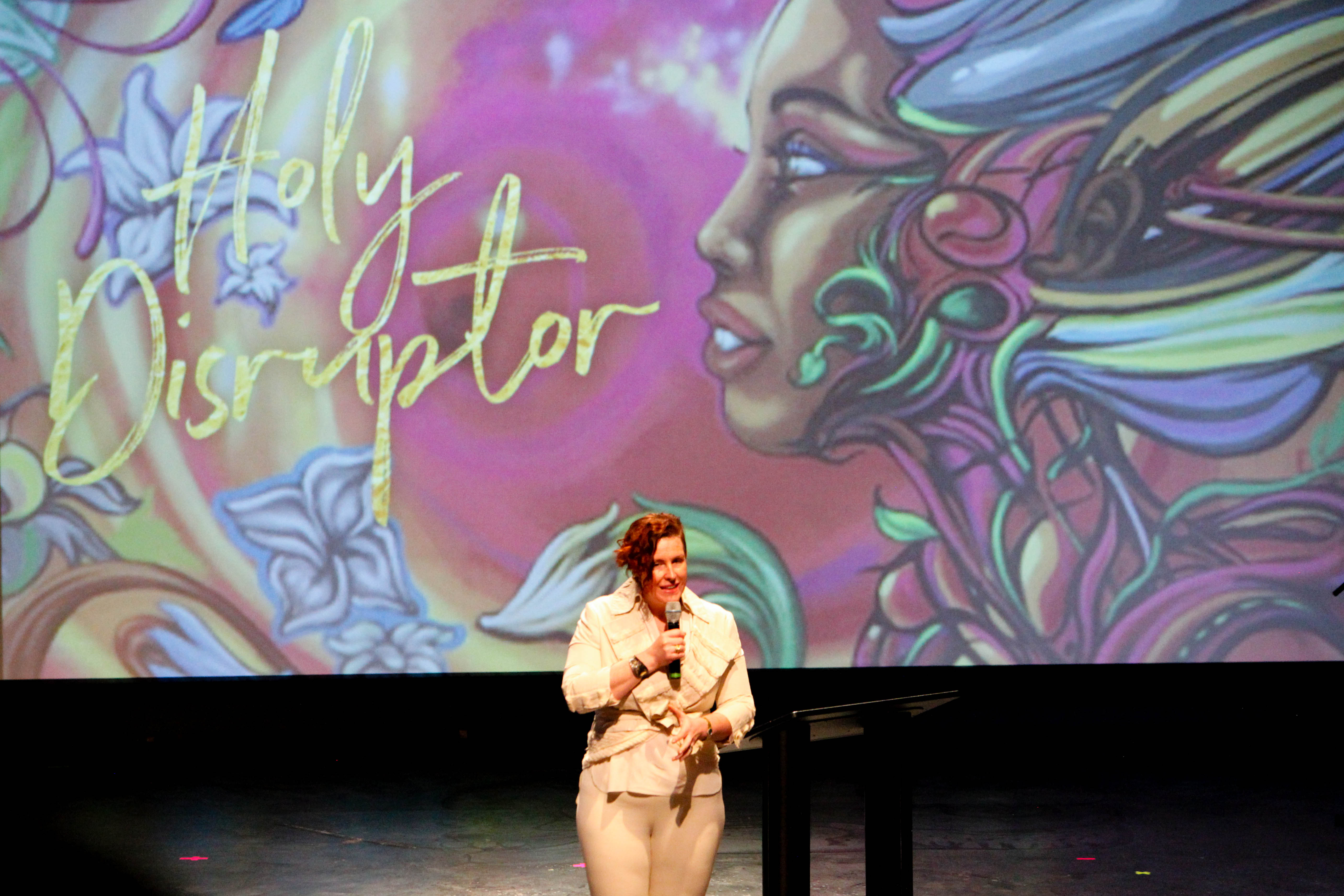 We celebrated Holy Disurptor Easter Sunday with Lola Wright sharing the message, “Breaking Through the Tomb of Human Limitations.” Throughout the month of April, we’ll explore what it means to be a Holy Disruptor.

“New Testament, Jesus arrested by Roman authorities, claiming to be the “Son of God,” historians question this motive, saying that the Romans viewed him as a threat to the empire.” Who Jesus was being…not doing, being was a threat. Jesus was killed by the state for teaching Freedom.

SLIDE: The Christ (spiritual self) triumphs over death and the grave, breaking through the tomb of human limitation into the dawn of eternal expansion. The Christ rises from the ashes of human hopes, pointing the way to a greater realization of life. The Christ places His hand in the outstretched hand of the Universe, and walks unafraid through life. – SOM p.369-370

SLIDE: A mystic is not a mysterious person but is one who has a deep, inner sense of Life and of his unity with the Whole. There is nothing mysterious in the Truth, so far as It is understood, but all things seem mysterious until we understand them. The mystic does not read human thought, but rather he senses the atmosphere of God. – SOM p. 327

SLIDE: Resurrection – rising from a belief in death

When we let fear rule, our sight is compromised – we kill off that which we perceive as a threat. We must rise up into our spiritual nature and understand our oneness, our connection, our divine relationship to all of creation and yield to it. #StephonClark