Skip to main content
Close Search
All Posts By

What is courage? We often see movies and literature portray courageous people as embodying fearlessness; they jump into burning buildings, run toward fights they can’t possibly win, and generally save the day with their heroics. And while it’s pretty cool to watch your favorite action hero be chased by an explosion down a crumbling hallway, these actions don’t really reflect authentic courage.

Courage is not the absence of fear, but rather the innate ability to act despite fear. It is both a deep awareness of inner fear and a stalwart commitment to understand and move beyond that fear. Courage is being able to look at our inner demons and see the core wounds behind those fears. Courage is the ability to set ourselves free despite every barrier our fears build to block our way. We all have this courage within us, because God is courage, and we are always unified with God.

Courage is not the absence of fear, but rather the innate ability to act despite fear.

President Lyndon B. Johnson meets with Martin Luther King, Jr. at the signing of the Voting Rights Act of 1965.

Bodhi cannot help Chicago build Dr. King’s ideal of the Beloved Community if we cannot help ourselves uncover, understand and confront our own fears around building a better community. END_OF_DOCUMENT_TOKEN_TO_BE_REPLACED

“Giving And Receiving Are One And The Same” By Maureen Muldoon

Maureen Muldoon continues the second theme in Bodhi’s Building The beLOVEd Community series, called “The Universal Truth About Prosperity,” with her message at Bodhi Spiritual Center on Sunday, October 19th.

Wednesday Wisdom: Edwene Gaines On The Steps To Prosperity

This week’s #WednesdayWisdom comes from Edwene Gaines, author of The Four Spiritual Laws of Prosperity, who will be speaking at Bodhi’s Sunday Celebration Service on October 26th at 10 a.m.

The Magic of the Redwoods

Along the California northern coast, there is a large community of trees that stretch hundreds of feet into the air—some over 350 feet—called California or coast redwoods (Sequoia sempervirens). Some are over 2000 years old, making them literally older than Jesus. They have been around, seen some stuff, survived.

Though their height and longevity are truly amazing, the most interesting fact about these redwood trees is their roots—they are very shallow, sometimes only 5 or 6 feet down into the earth. It would seem that these trees would not be able to remain standing with such shallow roots. END_OF_DOCUMENT_TOKEN_TO_BE_REPLACED

“Earning Your Wings” by Maureen Muldoon

Maureen Muldoon continues the second theme in Bodhi’s Building The beLOVEd Community series, called “The Universal Truth About Prosperity,” with her message at Bodhi Spiritual Center on Sunday, October 12th. 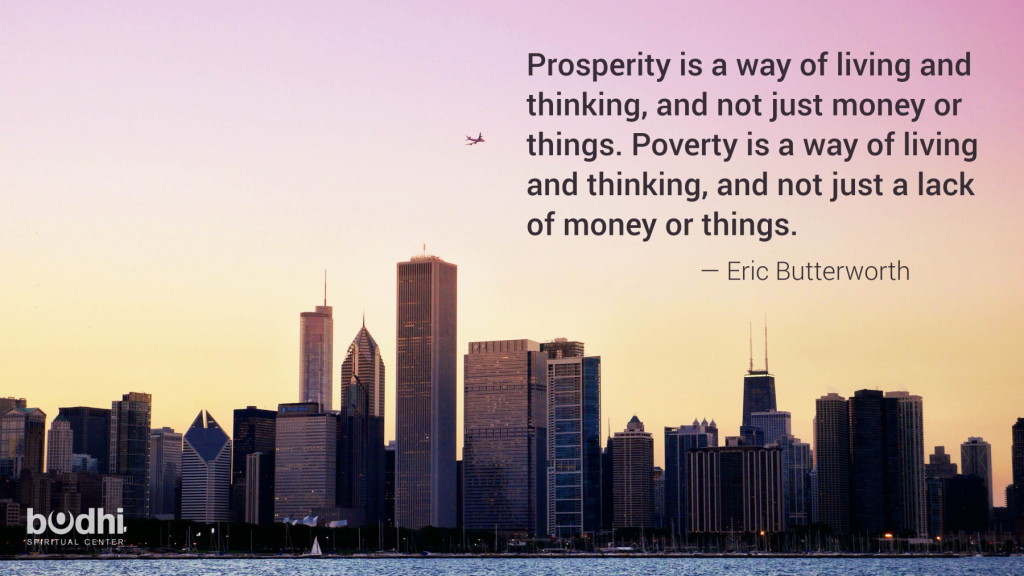 Wednesday Wisdom: Prosperity As A Way Of Thinking

Is prosperity measured in things accumulated? Or is it a way of thinking? This week’s #WednesdayWisdom comes from Eric Butterworth, author of Spiritual Economics—the oft-quoted text from Rev. Darrell Jones’s message last Sunday, “Where’s Your Attention?”

Rev. Darrell Jones kicked off the second theme in Bodhi’s Building The beLOVEd Community series, called “The Universal Truth About Prosperity,” with his message at Bodhi Spiritual Center on Sunday, October 5th. 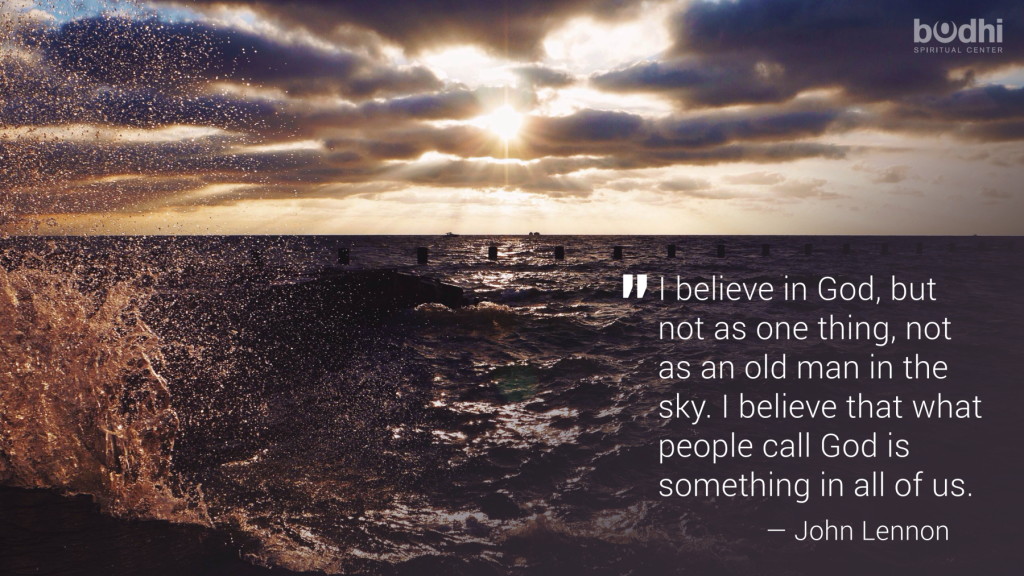 Wednesday Wisdom: John Lennon On God “As Something In All Of Us”

This week’s #WednesdayWisdom comes from John Lennon whose thought is a beautiful reminder of Oneness—that God “is something in all of us.”

“I believe in God, but not as one thing, not as an old man in the sky. I believe that what people call God is something in all of us. I believe that what Jesus and Mohammed and Buddha and all the rest said was right. It’s just that the translations have gone wrong.”
— John Lennon